My love story with my husband has been far from perfect. But it has been an authentic and deeply felt one. Ten years ago we met while I worked at a coffee shop near my husband’s office where he worked as an actuary. Our first date was in January ten years ago this week.

(On our second date we went to an old bookstore.)

“I’m trying to think of what I would want to look like if I worked at a coffee shop.” said a make-up artist who worked at the Macy’s nearby as she was trying to “do my makeup”.

“What do you mean?” I asked somewhat scared to hear her response.

“You never know who’s going to come into the coffee shop.” she replied with a strange coldness.

But I reasoned that she seemed to be hinting at men given the coy smirk on her face. Maybe she was trying to be fun and helpful?

“Yes!” she half smiled. “I’m sure there are lots of eligible men who come to that coffee shop. Wouldn’t it be nice to catch someone’s eye?”

“Actually, I’m on my way to my boyfriend’s place right after this and we did meet there.” I laughed thinking she had been being cheeky and facetious. Playful! And I was on my way to Mark’s.

But I looked absolutely awful when she was done. And I should have seen it coming given her attitude from the start and how uncomfortable she had made me feel. When she finished my entire face looked like it had been plated in a layer of gold dust and my lips were an incredibly unflattering shade of burnt red. It was hideous. Almost nauseating actually.

Still, I was determined to be less nerdy in this relationship than I had been in relationships past! …So I tried taking the cute pictures girls take for their boyfriends.

These photos were my best attempt. *rolling eyes* Once a nerd, always a nerd at heart, I guess. But I do think they at least somewhat captured what I looked like at the first blushing blossom of our relationship. 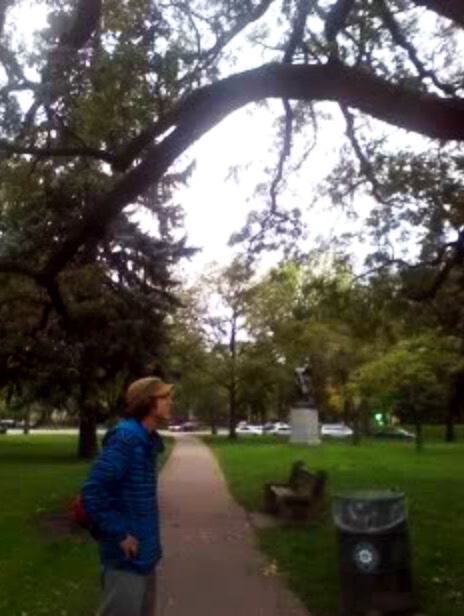 I really did try.

I always do try. I’m a good person like that… I try.

But the truth is that Mark just loves me. Despite his old playboy ways that almost sent us permanently to the romantic graveyard. And the truth is…his love had nothing to do with the pictures I stupidly sent him one way or another.

When people fall in love with people it’s almost involuntary. And the opposite holds true too. Truth is truth. No amount of fake dust thrown on my face by a nutcase (had nothing to do with her profession) with a personal axe to grind against the universe will change that either.

Would I rather she didn’t use my face to take out her rage? Yes. But thankfully I had a sink at home and running water to wash it off when she finished. It was just “First-World Problems” thankfully. And thank goodness she wasn’t something more dangerous and personal like my OBGYN. Sometimes we have to learn to take things genuinely and seriously and grow-up. Some people can do that and thank God for them. But “gold dust lady” wasn’t one of them. Ha!

My face without gold dust back then…