My son is almost entirely well.  I am, of course, very relieved by that.

Today I was looking at photos from just a few months ago and it’s amazing how much he’s changed in that short amount of time.  That cliché about how fast children grow up is true.

My grandmother had the theory that children were more likely to get sick during a growth spurt.  I wonder if she was right.  I haven’t researched it, but I suppose it makes some sense.  Perhaps the immune system is weaker during a growth spurt? In any case, my son does seem to have grown an exponential amount in the last couple of weeks.

Tonight we actually had the chance to enjoy our new place.  I tuned my Pandora to the Cole Porter Station and my husband and son danced around the living room to the likes of Fred Astaire’s, Puttin’ on the Ritz, and Ella Fitzgerald singing, You’re the Top.  An Ikea plate was broken and my son’s shoes had to be put back on at least once.  It was beautiful.

I really do love almost anything and everything vintage and have since I was a young girl.  I think it started the first time I watched the movie musical, An American in Paris (1951). In my ten years of life I had never watched anything that charming or gorgeous.

In the early 1990’s, my usual entertainment included the Cosby Show, Growing Pains, and Full House, and they were all wholesome enough and presently are considered classics, but they weren’t the glistening, heavenly rainbow that I saw when I watched Gene Kelly dance around Paris looking chic and fantastic to the sound of Gershwin. Even the Disney movies I saw didn’t really compare, in my opinion.  I felt as though I had stumbled into some sort of alternate world where new, brighter colors, glamour and happiness drenched every moment.  I had always unknowingly longed for something this lovely to be real, and there it was, right in front of me on PBS.

I sat, alone in my room, with a tiny TV, mouth hanging open in astonishment, feeling a sense of hope.  It was like waking up from a bad dream. That might sound exaggerated, but it really was a key moment in my life….  I’m abundantly affected by aesthetics.

I’m in a bit of a scent mystery right now and it involves a totally unmarked vintage blue and silver box, a nameless Mid-Century perfume bottle, and a delightfully balsamic, powdery, lingering fragrance that strongly resembles Guerlain Shalimar.  I don’t recall ever seeing Shalimar in a bottle like this before, but it smells so much like Shalimar.  I wonder if someone actually poured Shalimar into a random perfume bottle…  The bottle was made in France, but of course that doesn’t help/mean anything.

Could it be a vintage impostor fragrance?  It does smell slightly, “cheaper” than Shalimar…   It doesn’t even have the quality of vintage Emeraude really…

In any case, if anyone reading this has any idea what this scent could be, please let me know.  I would deeply appreciate it, because, despite it’s lesser qualities, I still like it.. 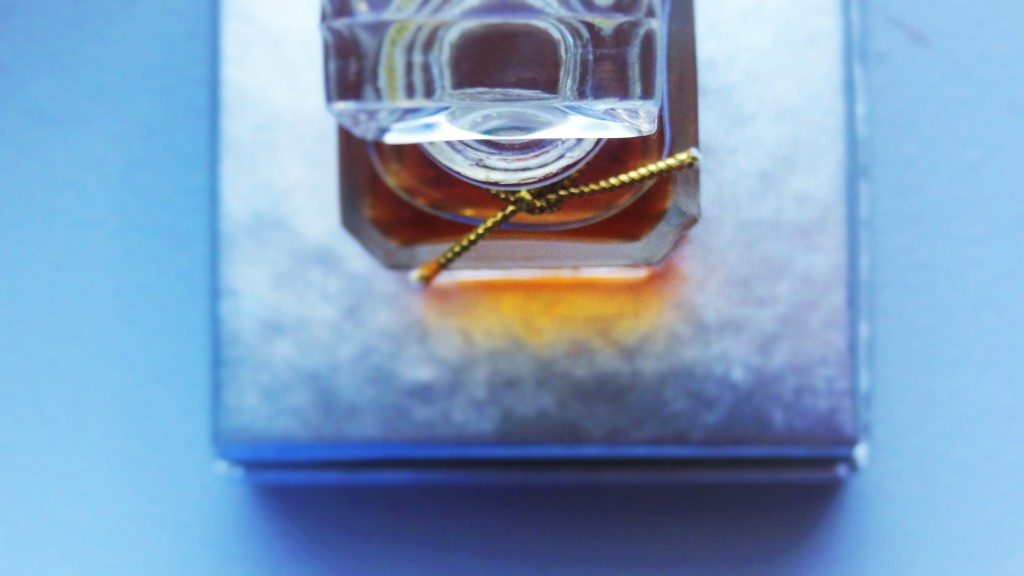